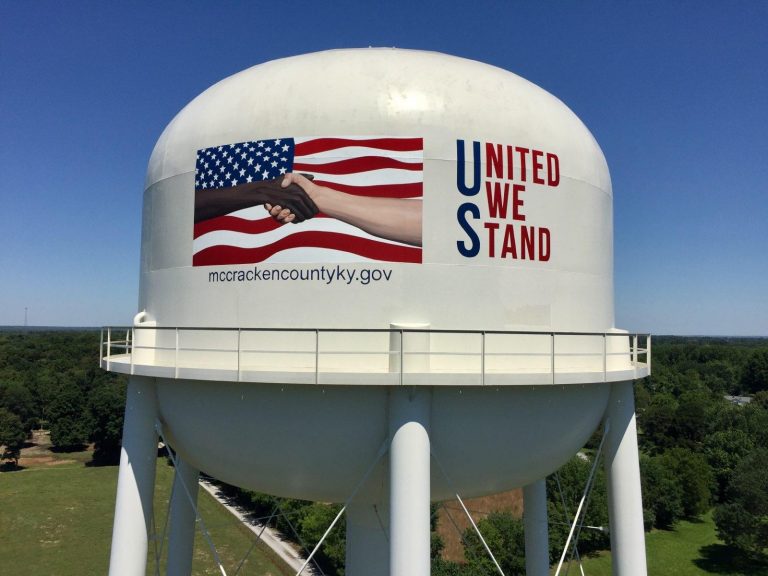 McCracken County Judge Executive Craig Clymer recently unveiled the United We Stand Water Tower at I-24’s Exit 16 in Paducah. This was his message:

“Thanks to all who contributed toward the creation of the racial unity message. The message has been placed on the Paducah Water Works tower located across I-24 from the Confederate flag in Reidland. The mission is to counter any divisive, negative image created by the Confederate flag by displaying a larger, more visible positive image of racial unity: a black and white arm shaking hands surrounded by the United States flag and the words ‘United We Stand.’ It is a message to the approximate 36,000 travelers daily on I-24, as well as our own citizens, that in our Country, all races are equal and united. The United We Stand logo was paid for with generous donations.”

KKHB is a proud platinum supporter of the United We Stand Tower project and message.